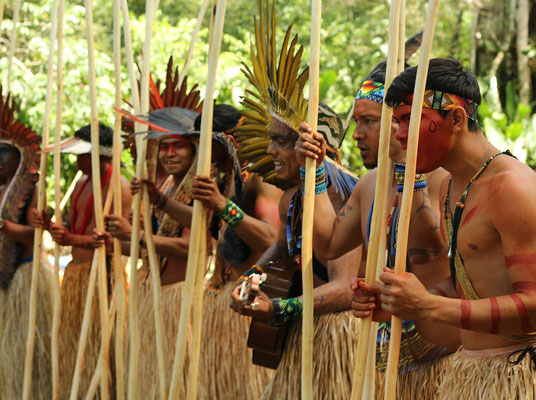 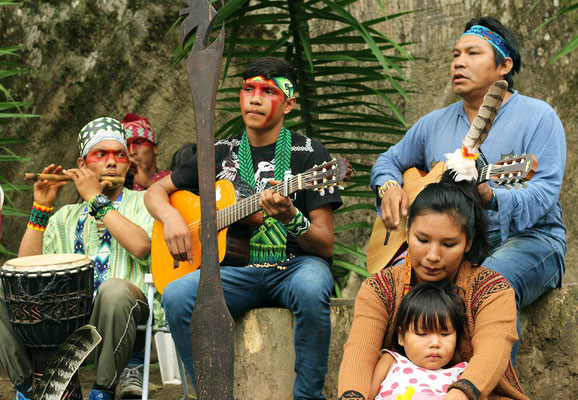 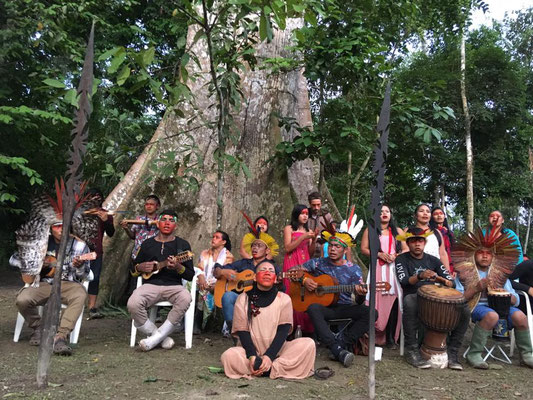 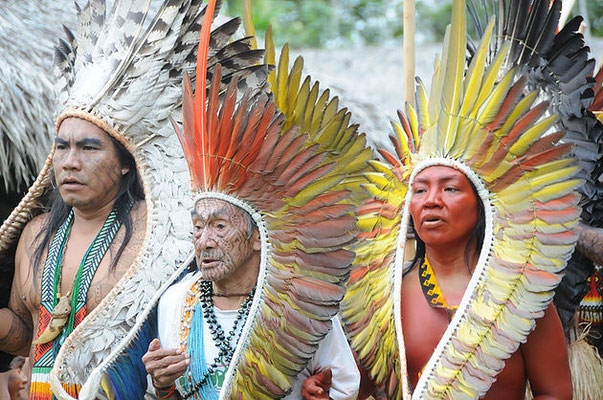 Since time immemorial, the Yawanawa people have lived on the banks of the Gregorio river, in the Amazon rainforest, one of the most biodiverse ecosystems on the planet. In this rich habitat, their ancestors developed a vast knowledge of the medicinal plants of the forest, as well as a deep spiritual wisdom. Contact with the western world occurred little more than a hundred years ago, under violent circumstances, initially through enslavement to the rubber industry, and later through the domination of foreign protestant missionaries who forbid their traditional culture and spirituality. At the end of the last century, the Yawanawa regained the rights to their lands and sent away the missionaries. Since then, they have been leading their own process of cultural and spiritual revival, which has crossed national boundaries and today enchants the world.

Fundamental in this process, the Yawa Festival has been held every year since 2001. Initially designed to reclaim and strengthen their traditional culture, the festival quickly attracted worldwide attention, representing an important milestone in the revival of ancestral Amazonian cultures, serving as an example other Brazilian tribes would later follow.

The Yawanawá and their allies are dedicated to developing a model of sustainability that allows them to protect their lands and engage with the outside world on their own terms, without compromising their cultural and spiritual identity. The tribe has been working tirelessly to increase territory, reinvigorate Yawanawá culture, and establish economically and socially empowering relationships with the outside world.

The traditional village where the first contact with western man ocurred, is nowadays a space dedicated exclusively to Yawanawa spirituality. Known as the Sacred Village, it houses the ancient burial grounds of their ancestors, a garden with more than 2,700 varieties of medicinal plants, as well as serving as the principal venue for the formation of spiritual leaders by strict diets and isolation in silence.

Today, messengers of Yawanawa spirituality travel many cities around Brazil and the world, sharing their important message with us through their ancestors and exceptional musicality. A group of guardians have the honor to serve as an important link in the network between the tribe and the world. 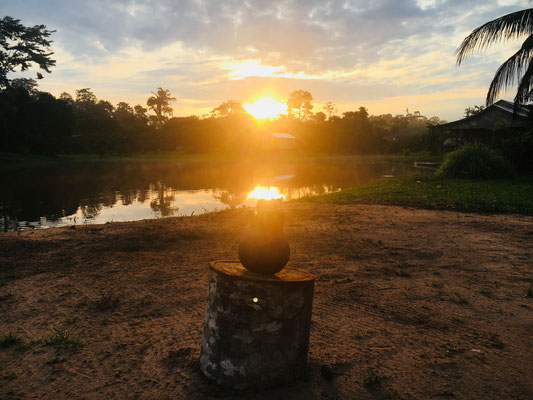 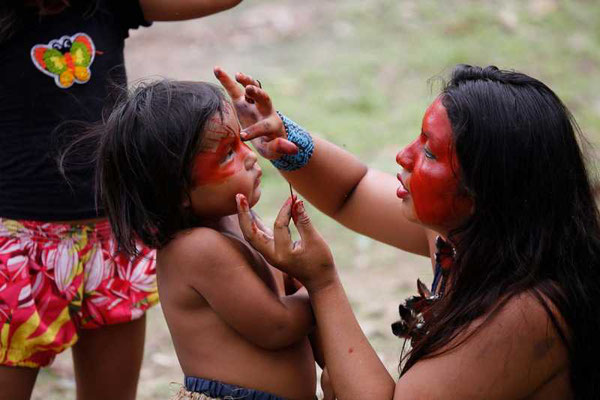 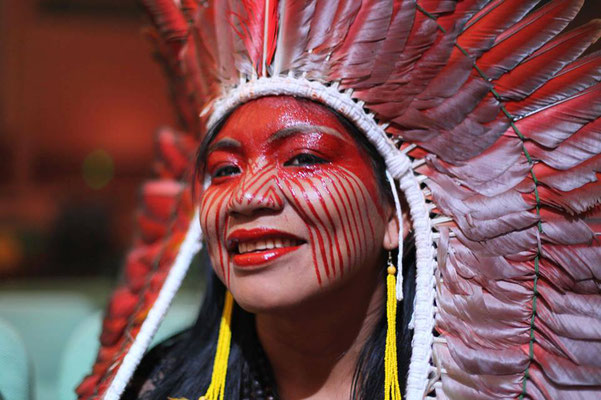 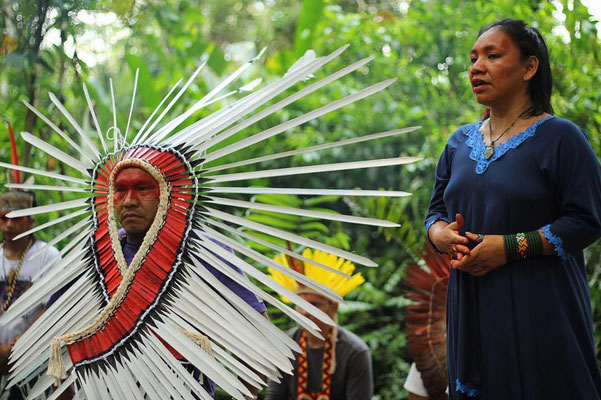 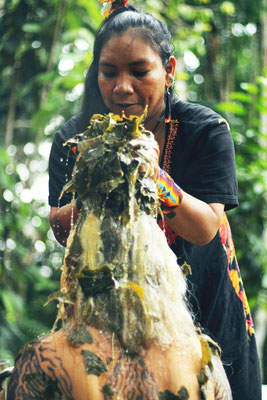 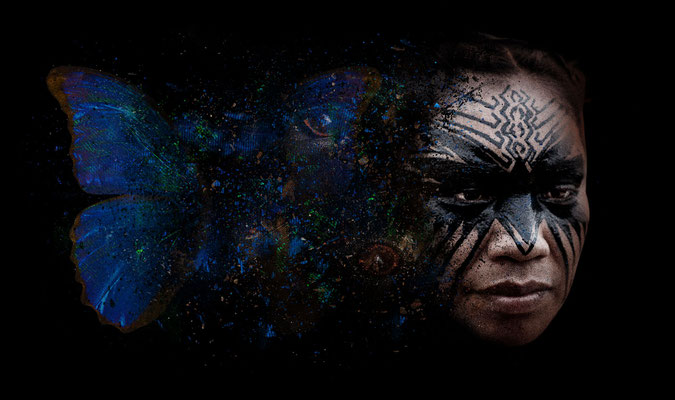 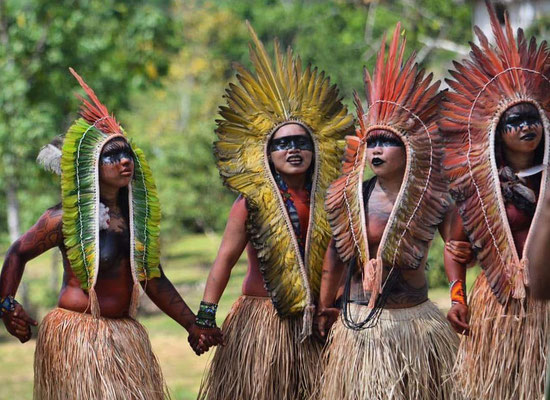 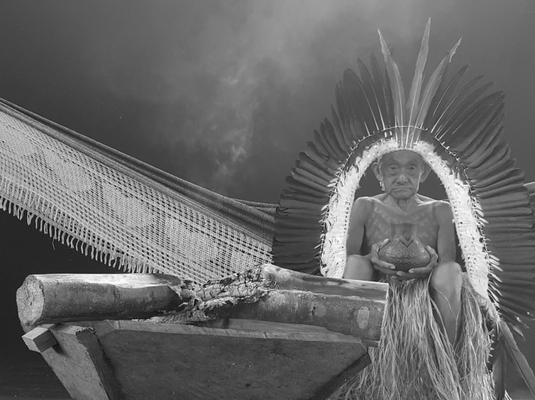 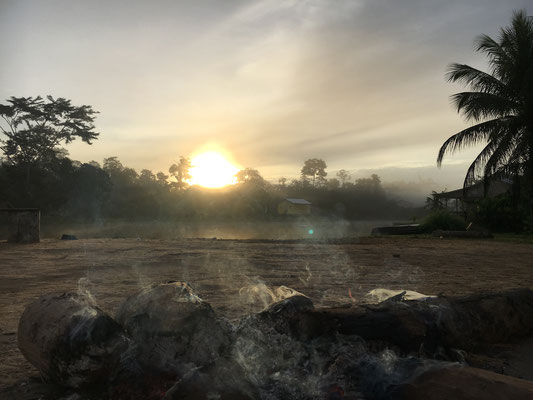 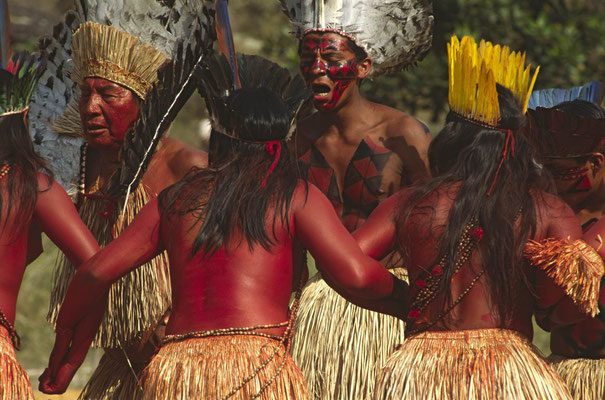 The Yawanawá Art House will be a space in the forest for artistic and spiritual immersion, strengthening Yawanawá knowledge and cultural exchanges.

"I am dreaming, I want to build a space where I can be with women in the forest.  My dream is to build a house that will not only be mine, but that we can receive women and men from my people, and also foreigners, let's talk, study spirituality, diet, work with art and yawanawá medicines. There we will seek an empowerment of our own strength, of our spirit, of ourselves.
Yawanawá women have suffered a lot from the past, and now it´s a new moment, they are strengthening. Our House of Art will bring the strength of visions, of spirituality, amplify the strength of women within the village. This movement of entering into art and spirituality is beautifying women both in spirit and in mind, steadying and encouraging. This is opening up something like a portal to their forces. So the most beautiful thing is that by bringing this to the women within the village we have been able to strengthen ourselves more in culture, spirituality, in our life.  I can not dream a little dream for myself, and not only for the women of my people, but a great dream so that I can dream along with all the women and men, not only of my people, but of several places of the world. So that the people who come from outside can live this also in the forest and we can dream together with a village and a better world for us."

In 2005, at the head of the Gregorio River in Acre, Hushahu Yawanawá, an indigenous woman of 25 years old, decided to break a taboo in her tradition and starred, along with her sister, a women's revolution in their village. Up to that moment, no woman at the village had spent one year of isolation as a form of shamanic ritual initiation (diet) to access the forest´s spirits knowledge. Seeking directly the teachings of the village's past elders, Hushahu became a reference in Yawanawá spiritual and artistic knowledge, at a time when her people were undergoing processes of weakening traditional practices. These practices had to be weakened due to the strong missionary influence in the indigenous land and culture.

Upon returning from the diet, Hushahu brought great vitality to the culture of her people, encouraging women and men to study spirituality, songs, prayers and the arts. She became a reference for other women from within and outside her village, taking he work and message to other corners of the world.

The Yawanawá arts are directly linked to the cosmology of the people and the knowledge of spirituality. During her diet, through contact with the forest spirits, Hushahu tells that she received different kinds of kene yawanawá and grafismos, and taught the other women of her village. In her immersion she also entered into the study of the making of rauty, ornaments and ritual artifacts, made of feathers, bones, and other materials, bringing back strength and renewal to their tradition.

Before Hushahu, the use of forest plants and knowledge of the Yawanawá spiritual traditions were restricted to men, today the study of these knowledges in conjunction with artistic practices were made possible to all people, regardless of gender. As a result of Hushahu`s and other women`s work, the female empowerment movement has been growing. Hushahu's work has become even more relevant to their people after the recent passing of the two great shamans, the Tatá and Yawarani elders, holders of deep yawanawá spiritual knowledge. Hushahu, who was Tatá pajé  great pupil, is one of the main figures responsible for the maintenance and continuity of the healing knowledge of her people.  She seeks to teach young people and pass on the tradition and important healing spiritual teachings. However, in order to continue this work, it is necessary to strengthen the space´s infrastructure. The studies of Yawanawá spirituality are directly related to artistic practices, therefore Hushahu has envisioned the construction of a Center of Arts and Spirituality, a cultural space for her entire community and open to those who want to learn about Yawanawá knowledge. 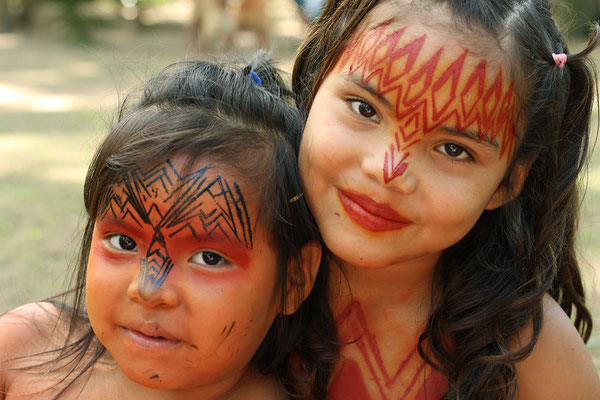 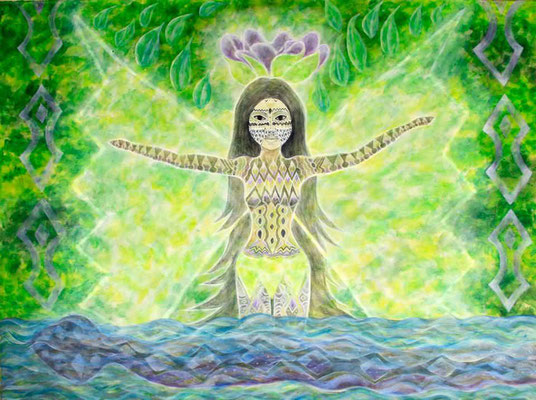 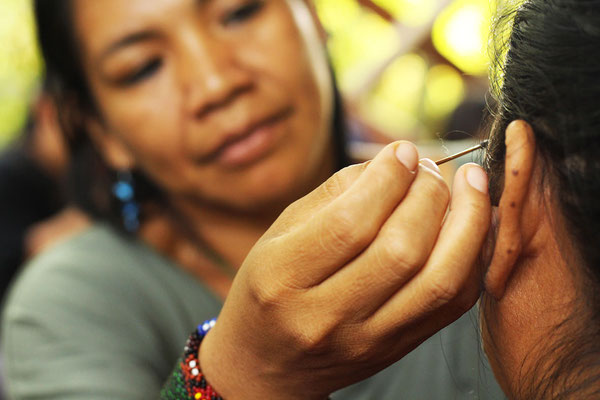 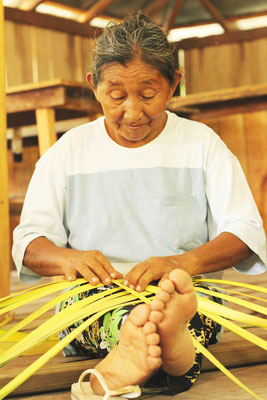 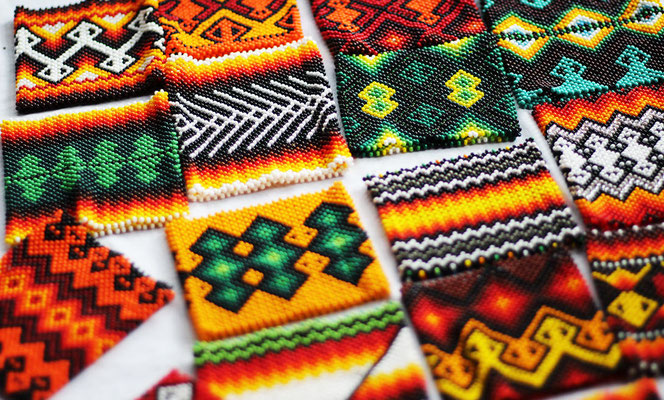 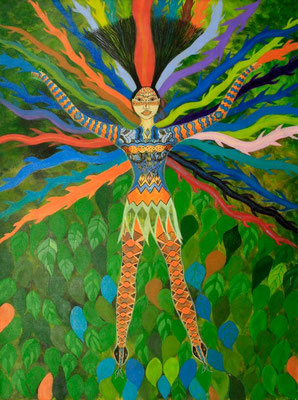 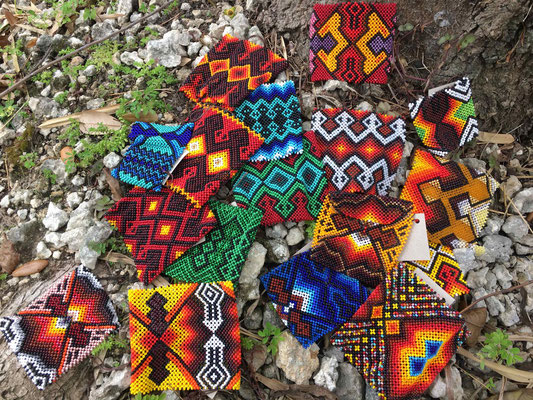 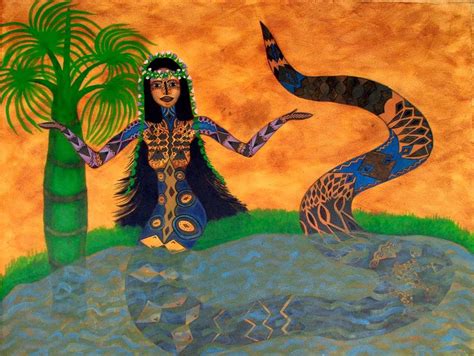 The goal of the project is to construct a Yawanawá Art and Spirituality Center: a space for appreciation and encouragement to the arts, spiritual practices and knowledge of the Yawanawá people.  It will be a studio coordinated by Hushahu who will lead classes and workshops with women and men in his community. In addition to the common spaces of coexistence and creation, there will be spaces for lodging fostering experiences and cultural exchanges among indigenous and non-indigenous groups from abroad and elsewhere.

The construction and the completion of this space will bring structural support to their spiritual work: It will allow for several different cultural strengthening activities.  Those will nourish the community, not only spiritually but especially enhancing the process of artistic creation of the Yawanawá people.

It will also support forms of community sustainability through cultural exchange as it will provide a large space for study and spiritual deepening.  This will be the space where people from other regions will be received to draw inspiration from the strength of yawanawá women and men as they all will exchange knowledge and learn from one another.

The construction of the Yawanawá Art House will be based with the exchange between the traditional Yawanawá architecture and bio-construction. The house will take into consideration the rationalization of materials, using local and nearby materials. The bathrooms will have water treatment through a septic tank and a system of filtering by zones of roots, using native plants.

The project has solar energy to power the house's electrical system and the artesian well water pump. The house will be designed in a bioclimatic way, through zenith ventilation openings, cross ventilation and natural lighting. The project will also provide for environmental counterparts such as planting native trees and species that will be removed from the forest with the construction´s purpose. 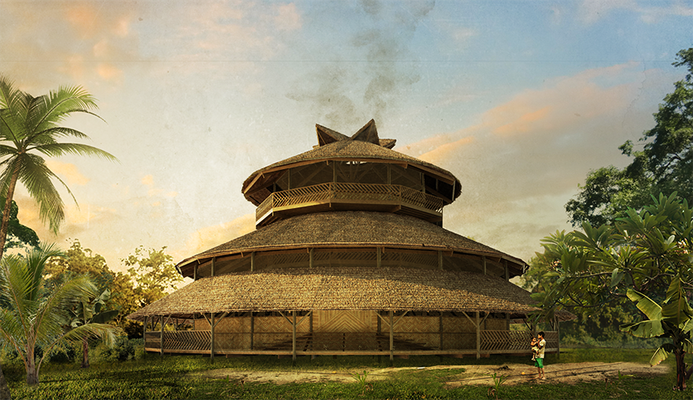 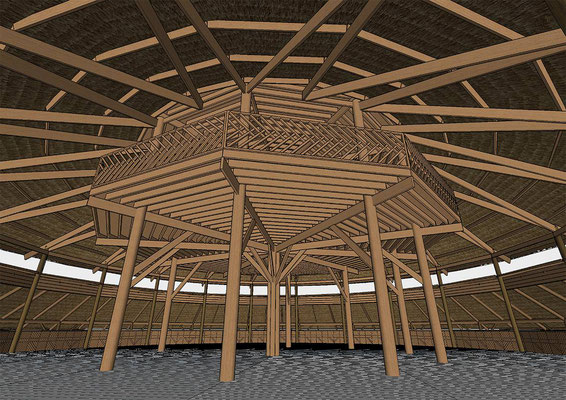 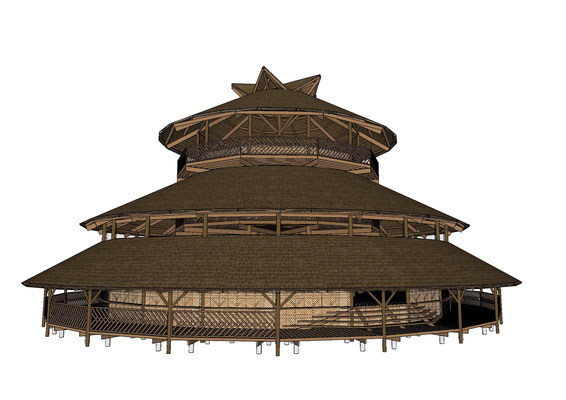 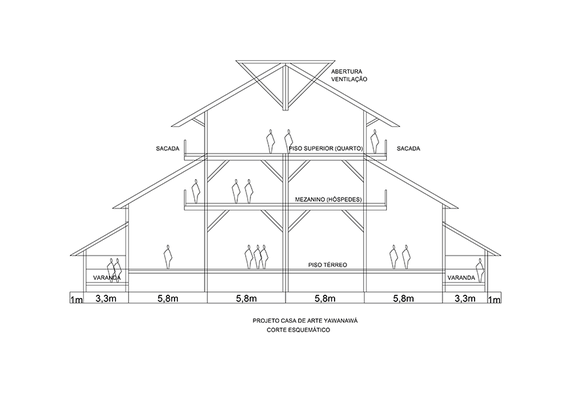 Support the tribe with the current campaign here